On the evening of November 30th nearly 70 business leaders from across the state gathered for a celebration of Connecticut’s manufacturing strength and innovation. The event, held at ON20 in downtown Hartford, was co-sponsored by Ironwood Capital, accounting firm Grant Thornton and law firm Shipman & Goodwin.

“It was refreshing to cut through the pervasive doom and gloom talk surrounding the Connecticut economy and spend a festive evening with the owners of so many thriving precision manufacturing businesses. Ironwood Capital is proud to have partnered with several of the attending companies over the years and we look forward to continuing to provide growth and transition capital in support of this sector, which has become so critical to our state,” Ironwood Capital Managing Director Jim Barra remarked.

A shout-out to Bruce Fiedorowicz, GKN Aerospace New England, who will become the executive director of the Aerospace Components Manufacturers (ACM). ACM is a non-profit consortium of independent Connecticut and southwestern Massachusetts-based aerospace companies. Bruce is a tireless ACM proponent and his members were well-represented at the event. 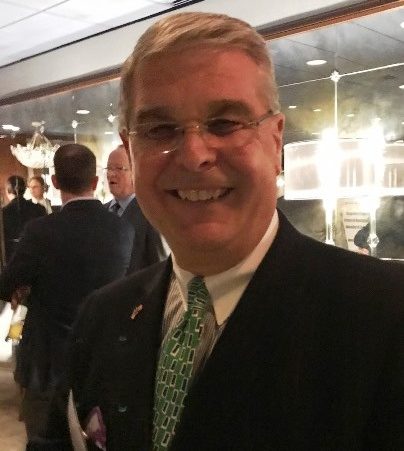 According to the U.S. Bureau of Economic Analysis and the U.S. Census Bureau, manufacturers in Connecticut account for nearly 11% of the total output in the state and employ 9.5% of the workforce. Total output from manufacturing was $27.22 billion in 2015.  Manufactured goods exports represented $13.47 billion in 2016, with small businesses comprising 89% of all exporters in the state. 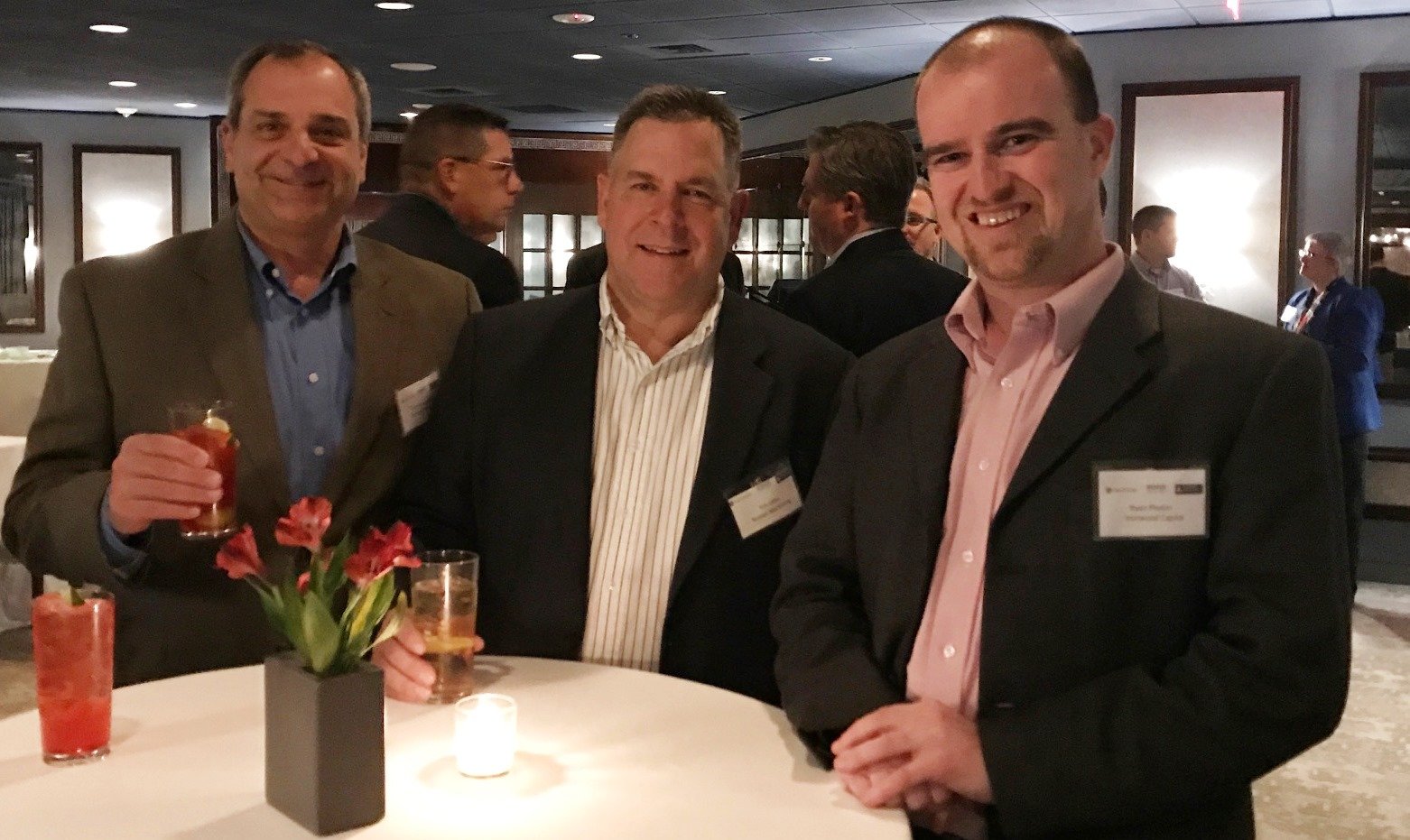 From left to right, Tony Guarascio and Tim Ulles of Numet Manufacturing and Ryan Phalen of Ironwood Capital.

Connecticut and its residents benefit greatly from manufacturing. We are proud to celebrate the growing strength and exciting future of manufacturing in Connecticut! 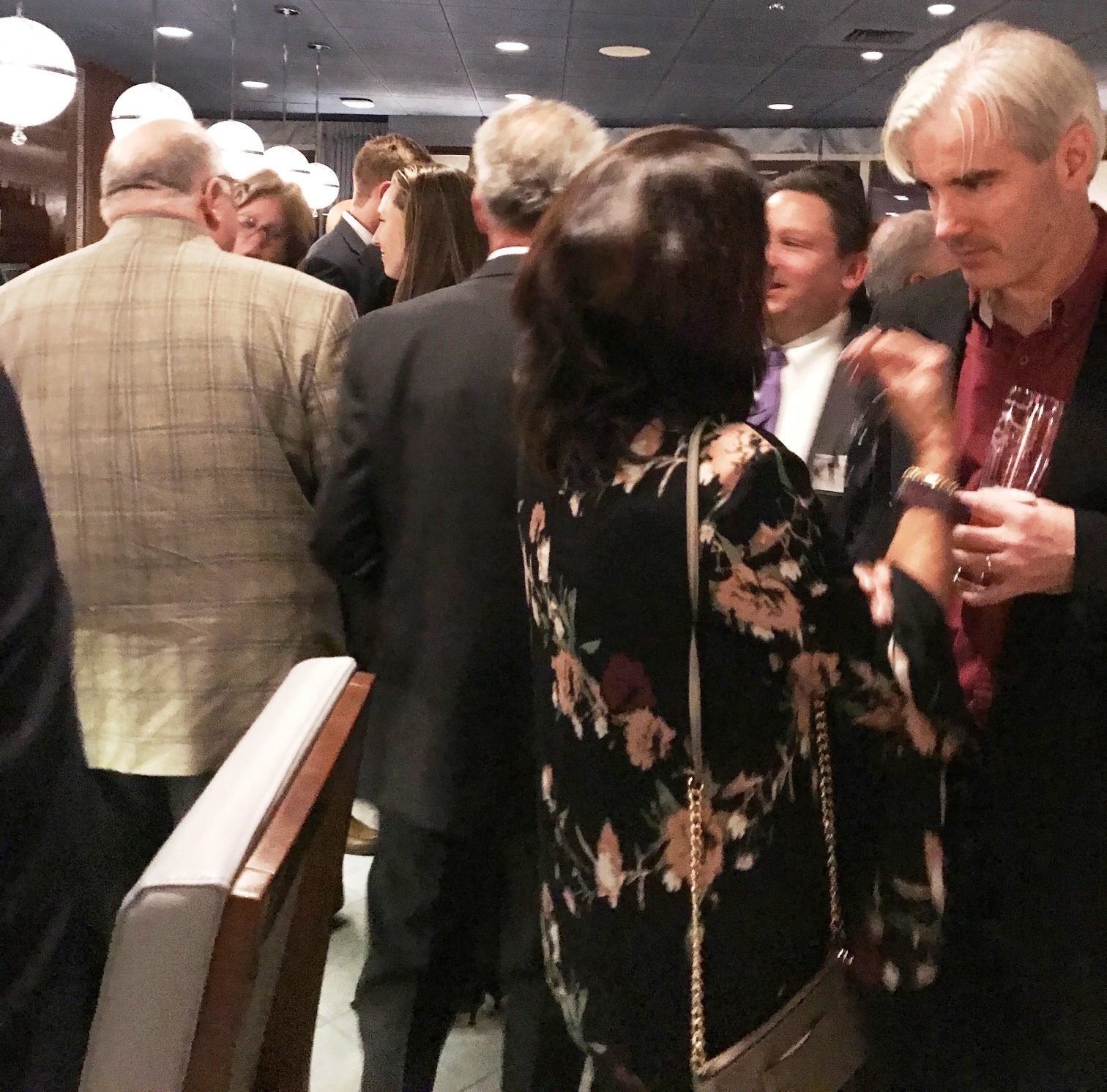 Standing room only at the reception. 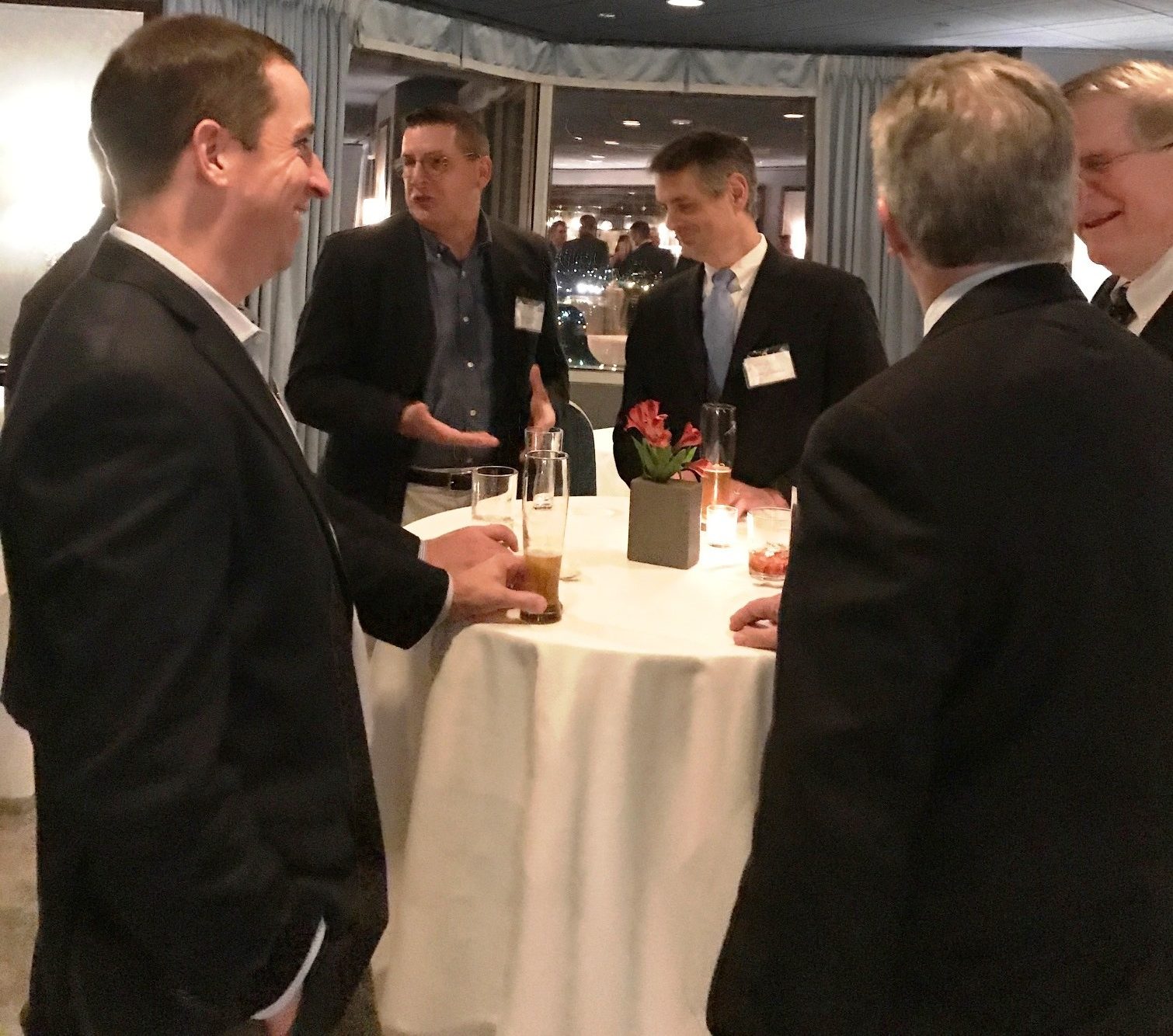