We are delighted to see that Patrick Fourteau, president and CEO of New Haven Pharmaceuticals, Inc. (New Haven Pharma), has been named one of two winners of the CURE Entrepreneur of the Year Award and was recognized at a ceremony on December 8 in New Haven. CURE is the Connecticut bioscience organization. The CURE Entrepreneur of the Year Award was established by CURE and law firm Shipman & Goodwin LLP in 2013 to showcase the unique accomplishments of entrepreneurs in the Connecticut bioscience community. New Haven Pharma is an Ironwood Capital Connecticut portfolio company and we were one of several groups which nominated Patrick for this award. Ironwood Capital Connecticut works exclusively with Connecticut-based companies seeking capital across the entire financing spectrum from equity through senior debt. Likewise, it seeks companies at every lifecycle stage from start-ups to mature companies. 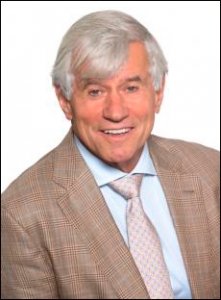 Patrick Fourteau, president and CEO of New Haven Pharmaceuticals, Inc., has been named one of two winners of the CURE Entrepreneur of the Year Award.

In our nomination submission, we noted that Patrick has been a member of the New Haven Pharma Board of Directors since 2011. Under his leadership, New Haven Pharma has been in a strong, upward trajectory, culminating in U.S. Food and Drug Administration (FDA) approval for DURLAZA™, a breakthrough pharmaceutical product recently approved by the FDA on a fast-track basis as the first and only prescription low-dose extended-release aspirin for patients with a risk for secondary strokes or acute cardiac events. He’s used his significant experience and track record of success in leading multiple pharmaceutical companies to build and position New Haven Pharma as a rapidly developing specialty pharmaceutical company. Utilizing resources within Connecticut and elsewhere, he has led the company through its clinical trials, FDA approval, and launch of DURLAZA™. With support from investors and his board, Patrick has hired a talented and deep management team and built a national sales force. New Haven Pharma is now preparing to brand and launch DURLAZA™ across the country.

Congratulations to Patrick on this well-deserved recognition and to the entire team at New Haven Pharma for their tremendous work!

Victor joined Ironwood Capital in 2006 with a focus on early and growth stage companies, including both equity and venture debt investments. In 2010 he co-founded Ironwood Capital Connecticut, which manages capital focused on financings in Connecticut companies. Victor leads the effort to invest those funds across the capital spectrum in companies at various development stages.