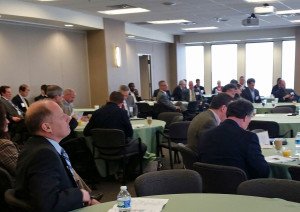 The investing environment endured the recession, shifted a bit, and has come out in favor of business owners.

The market is heating up, the panelists said.

“Frankly, for business owners, the cost of capital has probably never been lower,” said Jerry Henderson, national industry partner for BKD LLP. He noted that private-equity funds are created from institutional investors and pension funds, which are seeking returns on their investments.

“You’ve got a lot of money that’s out there chasing returns,” he said, “and (that has) created more liquidity in the environment.”

But with increased amounts of money invested per deal, the dynamics have changed and investors are placing a higher level of scrutiny on deals, Henderson added.

Throughout the discussion, panelists offered advice for business owners who are seeking growth capital. Much of the conversation centered around disclosure, diligence and the importance of having a board. Here are selected pieces of advice from the panelists:

Investors and business owners discussed raising capital for growing businesses at a conference on Tuesday.