To all who joined us at the Ironwood Capital Golf Outing on the glorious day of September 28, 2017 – thank you!  Whether you were a scratch golfer or not, we were delighted to have you share a part of your day with us.

As Theodore Roosevelt said, “It is not the critic who counts; not the man who points out how the strong man stumbles, or where the doer of deeds could have done them better. The credit belongs to the man who is actually in the arena…who at the best knows in the end the triumph of high achievement, and who at the worst, if he fails, at least fails while daring greatly…”

So, whether you knew the “triumph of high achievement” and won one of several prizes awarded, or you “dared greatly,” as so many of our guests and Ironwood team members did,  and went away with some great Ironwood swag, all credit to the men and women who joined us in the arena! 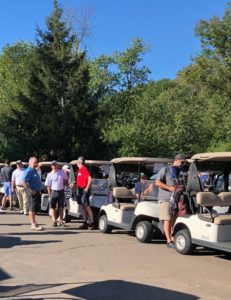 The caravan of golf carts, getting ready to start the day. 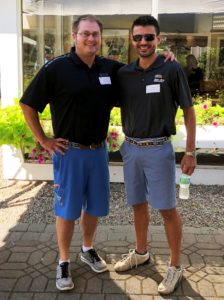 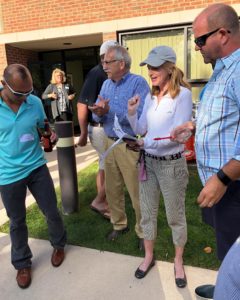 It may seem like Dickson Suit, Ironwood Capital, is dancing to a different drummer, but he’s just excited as Carolyn reads out the prize winners at the Ironwood reception. She’s assisted by Marc Reich, to her right and Roger Roche to her left. Sandy Samuels, Ironwood controller, is seen in the background. 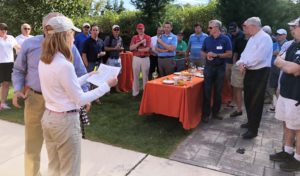 A hush (sort-of) comes over the crowd at the Ironwood reception, as Carolyn Galiette prepares to announce the tournament winners. 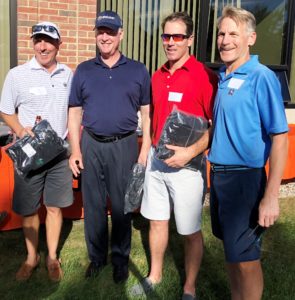 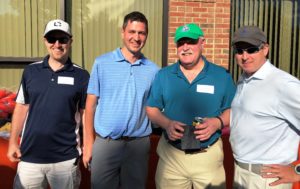 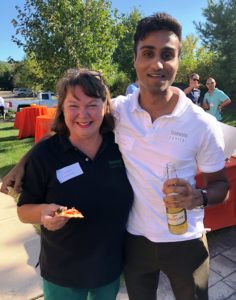 Kathy Butler and Amar Kandhari, both of Ironwood Capital, celebrate the wonderful weather and their birthdays as well! 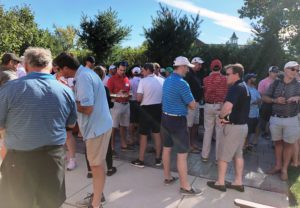 The day was capped off with a reception on the Ironwood patio. Food, drink and prizes were plentiful.